And the Updated AugmentifyIt app edition of AR SPACE Quiz Game Cards is one of them! 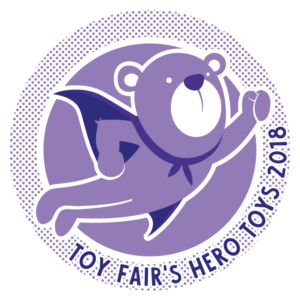 We are delighted to be joined by Peapodicity at the Marketing Conference in January.

106 Experts Share their Thoughts on The Future Of Education

We asked 106 education experts to answer one question: “What are your thoughts on the future of education?”

In part 2 of this series, we will focus on the future of edtech.

Welcome to the BTHA’s first ever Toy Fair blog! There are just three months to go until Toy Fair, the largest toy, game and hobby trade show in the UK….

Toy World magazine spoke to exhibitors in the Greenhouse area of Toy Fair, to find out what visitors can expect from their stands and how they see their business developing over the next few years.

Peapodicity, Award-Winning Transatlantic Company has BABC at the top of their list – and vice versa!

A simple but endearing set of quiz cards about planets and space that – thrillingly – can be enhanced by downloading a free app and holding it over the pics on the cards to bring the planets, stars and black holes to augmented-reality life.

You definitely don’t need to be a complete space nerd to enjoy it (but you might be one afterwards).

10 Of The Best Science Toys

Girls and boys are natural scientists: they experiment and explore and test and repeat and (mostly!) learn from experience. So toys with a science are pretty much always a hit. And, from slimey chemistry experiment sets to augmented reality games that bring space to life, there’s plenty of great science-y entertainment for all ages from toddler to teen. Here are the best science toys, as tested by children…

Our child judges, ably assisted by (almost equally excitable) grown-ups, have thoroughly tested a MOUNTAIN of toys and now we’re ready to reveal the winners of the MadeForMums Toy Awards 2017…

Meet the Member: The Company Inspiring Children to Get Excited About Science

TV producer and entrepreneur Ahrani Logan has worked on high profile shows including Trust Me, I’m A Doctor and the BBC’s Time season. With her partner, Brett, she launched Peapodicity, an education technology studio which embraces new technologies to create innovative original content and brands

Local businesswoman, Ahrani Logan and her partner Brett have started a brand new Tech Start Up called Peapodicity to help encourage children to get into science and technology via a new app from the age of 7

The first challenge, open to women and men, was to develop 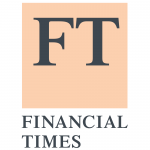 mobile apps to encourage women in these subjects. The winners were Ahrani Logan and Brett Haase, who developed a gaming app for boys and girls designed to challenge cultural stereotypes